Archive for the ‘Holidailies 2017’ Category 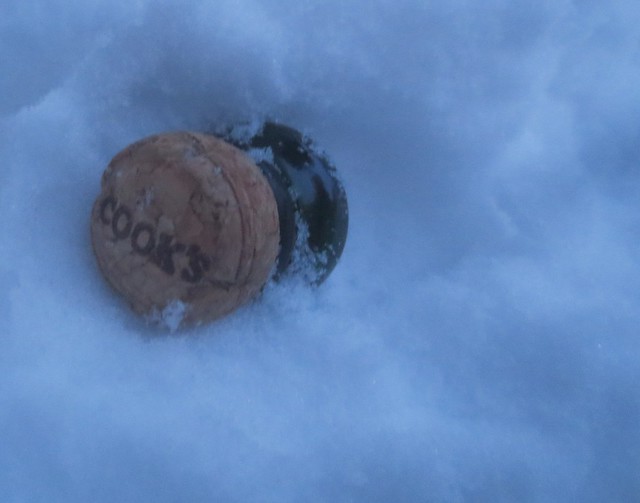 I found the top of this champagne bottle—not just the cork, but part of the neck of the bottle, too—in the snow on the top of our truck when I went out to clear it off and dig it out in anticipation of leaving the mountain tomorrow for the first time in days. Someone had a party last night, but it wasn’t us. We had a quiet evening yesterday (though we were still awake at midnight our time) and a quiet day today (well, except for some intestinal rumbling from a breakfast that didn’t agree with us, but now we know what not to indulge in). I did some things around the house but decided to put off making resolutions, other than adding a goal of 56 books in the Goodreads 2018 Reading Challenge. I’ll get to making some goals, because I like having goals even when I don’t achieve them all, but right now I’m easing my way into the new year.