Archive for the ‘Holidailies 2017’ Category

I ended the year as I mean to go on: skiing. The day started sunny and then the clouds rolled in, as they often do. I was happy I captured the view below while there was still some blue in the sky. 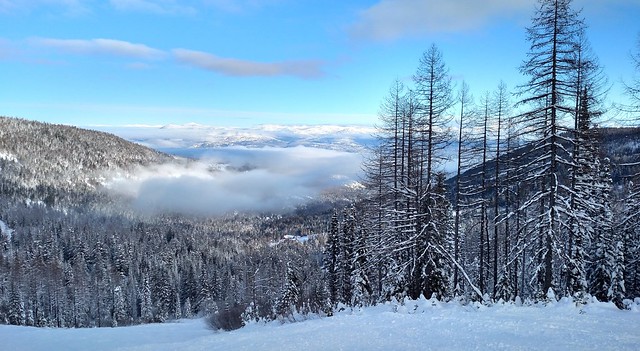 Of course it’s not possible to ski until midnight, so Mr. Karen and I will ring in the new year from the warmth and comfort of our little condo, peeking out the windows now and then to see what fireworks people are shooting off (the first batch happened while we were eating dinner). The big question is whether we’ll still be up at midnight in this time zone. Quite possibly we’ll celebrate the arrival of 2018 in Central or Mountain Time and be tucked up in bed by the time the new year arrives in our Pacific zone. And that’s perfectly fine with me.