Archive for the ‘Holidailies 2019’ Category

Trip Report Tuesday almost had to be postponed, as there was a mountain-wide power outage earlier and the internet was slow to come back up after the lights came back on. Thank goodness all is well now and the New Year’s Eve revelry can proceed as planned. Anyway, on to the conclusion of my November trip report…

We lingered too long in Anaheim on our departure day, so our escape from the LA area was slow and traffic-filled. We stopped for dinner less because we were hungry and more because we thought sitting in a restaurant would be more pleasant than sitting in traffic and maybe it would ease up by the time we were done eating (it did). It was well dark when we stopped for the night in Morro Bay, which we chose for its location rather than because we knew anything about it. Thus I was surprised by the big rock outside when I looked out the window the next morning. 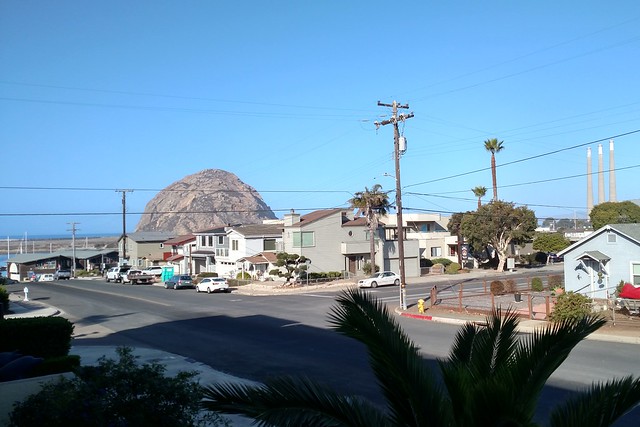 We continued driving up the coast, stopping a couple times to admire the view. We had lunch at an almost deserted Big Sur Lodge. Our target had been to be going through Sacramento at the right time to take in one of our favorite bands, Thank You Scientist, but traffic once again proved to be an issue. The only thing that saved us was I’d read incorrect information on when doors were so when we arrived an hour later than planned, the show hadn’t quite started yet. We enjoyed the bands then drove off into the night, not only anxious to get home but required to get home so Mr. K could go to an appointment he’d made months ago with the opthamologist. 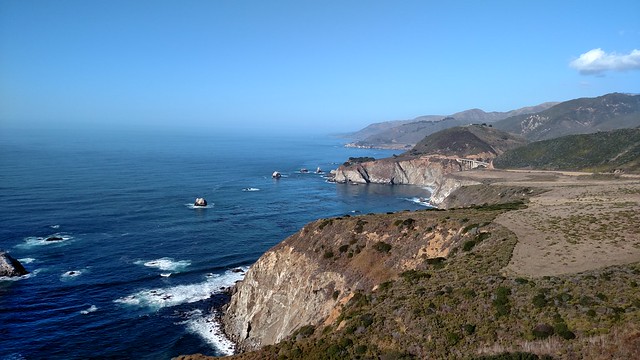 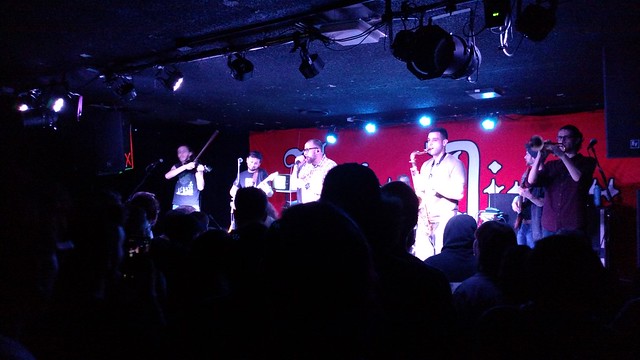 The next day had no ocean and no concert, just a lot of driving. We did stop and look at Mount Shasta in the distance for a little bit. 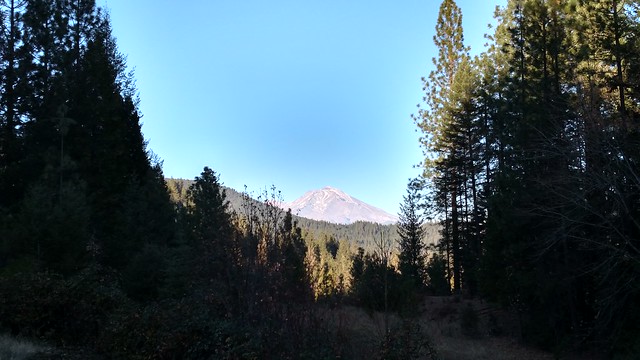 The day after that was driving through mostly familiar territory; we arrived home around bedtime to not nearly as much snow as I’d hope to see piled up on our balconies.

And thus concludes my retelling of my November travel adventures. I think the trip was a good mix of winging it and planning ahead, as well as a good mix of natural and manmade attractions.