Archive for the ‘Holidailies 2014’ Category

Since there are plenty of things I want to accomplish in 2015, it would seem there’s no time like the present to make some resolutions, but I’m not going to do that right now. Instead, I’m going to continue to enjoy hanging out with Mr. Karen since we’re both off work until Monday. Earlier today, our hanging out focused on watching our alma mater, Michigan State, in the Cotton Bowl, along with this crew: 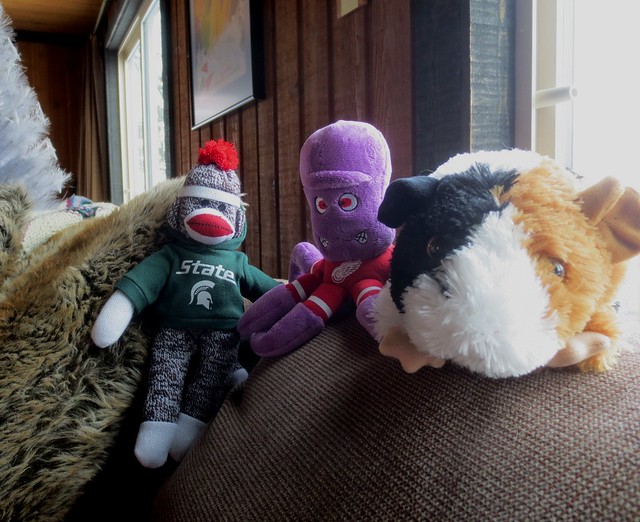 Michigan State won the game (coming from behind, just as they did with the Rose Bowl a year ago), so I thought maybe I’d buy a t-shirt to commemorate that. But no, I don’t need another t-shirt, especially since it’s not the Rose Bowl or the national championship. 2015 is going to be the year of getting rid of stuff, letting go; I shall begin by not adding to the pile at least for today.