Archive for the ‘Holidailies 2015’ Category

When I’m not skiing or staring out the window at my Christmas lights or trying to settle into life in a much smaller space than I’ve gotten used to, I marvel at the icicles hanging off some of the buildings in the neighborhood. In the village, of course, they knock them down before they get too long, but private residences don’t always, so I’m treated to wintery scenes like this one back before Christmas. 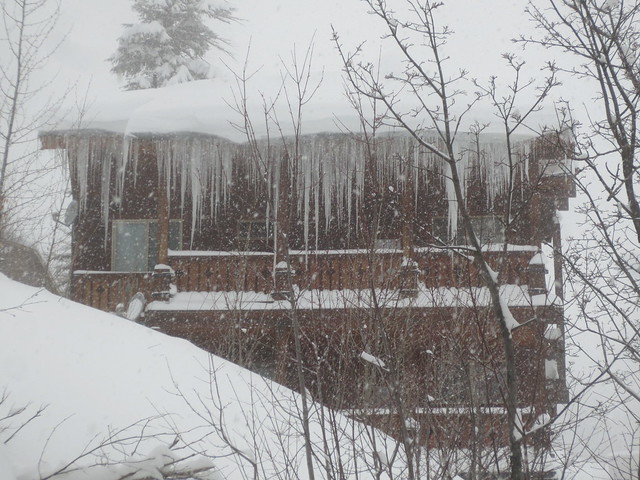 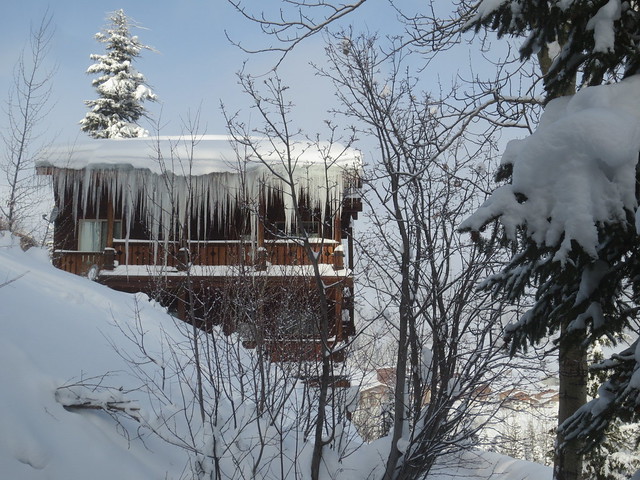 This morning, many were broken off: 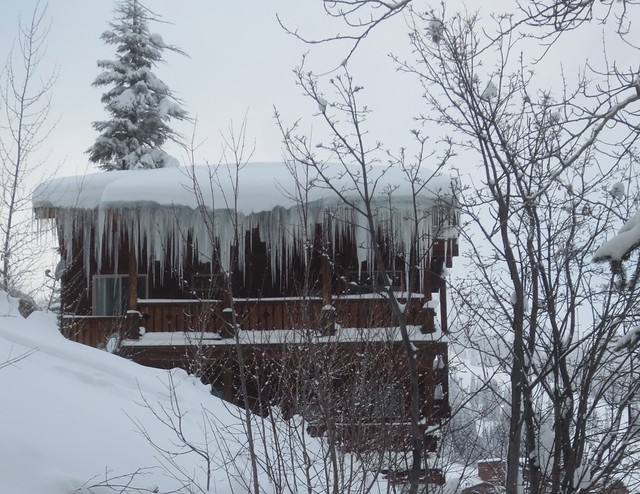 I assume by next winter I’ll probably be less enamored by things like this. Right now, I’m all “whoa, those are some big icicles”. There’s a building close to the village that has a 2 and a half story icicle dripping down one corner. I’d take a photo, but it’s right along the main mountain road, which is busy what with it being Christmas week, and it would be sad to miss ski season due to being hit by a car that didn’t expect a pedestrian in that spot.